I was able to see many really cool things at Creativation this year. There were two booths I had to visit – American Craft’s booth with Shimelle and the Tonic Studios booth. I have made it no secret that I love Shimelle’s work and I adore Nuvo products in general but their Drops in particular. I did visit both places and I found a “new” product from Tonic – their My Memory Book line.

When I was first shown the line, I have to say, it didn’t overwhelm me. It seemed like just another way to do a mini book and the only mini books I like to do are my Journal Your Christmas albums (thank you, Shimelle!). However, one of the die creators Mark gave me a few of the dies to try out. I think Tonic Studios is seen more as a “card maker’s company” than a “scrapbooker’s company”. I firmly believe it’s for both groups and I want to show how you can take those card products and apply them in scrapbooks. I graciously accepted the dies as something new to try out.

I was wary at first…I admit that fully. A couple weeks after getting home, I decided just to try out the dies and see what I could make them do. I met Jodie at Creativation too and let me tell you something – she’s amazing at what she can do with these dies! She has a wonderful Facebook group and joining that group is inspiring as well as wallet-emptying. You’re gonna want it all when you’re scrolling through!

I quickly slapped together my first album with cheap cardstock I had laying around from years and years ago – as in BEG – Before Elizabeth Grace. (That’s a historical time period in my house – lol.) The book was nowhere near as impressive as what I saw in Jodie’s group, but that didn’t matter. I was hooked. It didn’t take long to create, and suddenly I could see all the possibilities of these dies. There’s so much regret that I didn’t ask Mark if I could have more of the dies!! Now that you know a little bit of my history with these Memory Books (it’s only been two months!), let’s talk about what you need to create.

To start off with, you need a base die set. These come in a variety of shapes though only two are available in the US at this time. One is square with rounded corners called Life’s Journey Keepsake Base Creator Die Set. It comes with ten dies to make books that are 7″, 6″, or 5″.

The second shape is rather like the fancy brackets you see on computer keyboards. It’s called Memory Book Maker Base Creator Die Set and has ten dies also. It makes five different sizes from approximately 6″x5.25″ down to 2.5″x1.25″

The only other thing you’ll need is the Keepsake Book Maker Simple Spines Die set. Technically, this isn’t a true requirement. Jodie has a video on Tonic’s YouTube page on how to make a book without the spine die. I’ve never tried it though so I’m going with what I know how to do. Also, as an aside, I don’t know why it’s called a die set. There’s only one die.

The spine die will create a spine that can hold three double sided pages – six altogether. I asked Jodie at Creativation how many pages could you put in a book. As many as you want…but realistically twelve pages (six double sided) would be the maximum you’d want. That’s cutting out two of the spine pieces with the die. I’ll show you how to do that today.

You’ll notice there are score lines for folding and some little tick marks on some sections. Those tick marks tell you which pieces to glue together. Make sure you use your strongest adhesive. I like to use 1/4″ red line tape. Before you apply the tape, you need to trim your spine down. Jodie suggested at Creativation to make the spine a 1/2″ smaller than the book. So, if you’re doing a 7″ book, make a 6.5″ spine.

I’ve colored the strips that will get tape to show you exactly where it goes. I’m putting tape on the pink lines. You do not have to color your spine. I simply did this to make the sections easier to see.

Once the tape is applied, fold along all the score lines. I like to apply the tape first because it’s easier for me to apply when it’s not curled up.

Now, one section at a time you are going to remove the tape liner and fold it over. Those little tick marks will match up with each other.

Then fold the outside edge up.

You will fold the line next to the blue in the same direction too. This will make your first section for holding a page.

Repeat with the middle section.

Finally, the last section. The finished spine should look like this. The flat side is the outside of the book. The inside has three flaps the pages will be attached to once they are created.

With two spine pieces. you’ll apply 1/4″ red line tape to where I drew the blue line.

Remove the tape liner and apply the edge of the second spine over the adhesive.

Press firmly. You now have two attached spine pieces ready for covers and base pages!

Leave me a comment down below if this tutorial was helpful. Are you new to Memory Books like me or an old pro at them. Any hints, tips, or tricks to share? I look forward to hearing from you! 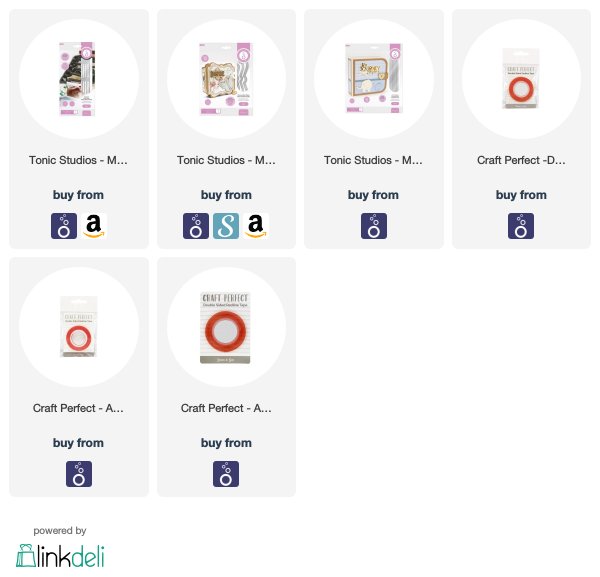 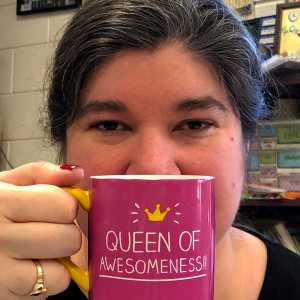 Hello! My name is Amy and I LOVE documenting my memories. I hope you enjoy looking around and subscribe and follow me on my social media accounts to see my latest layouts and videos. You can find out more about me, here.